We have gnomes in our house, again. 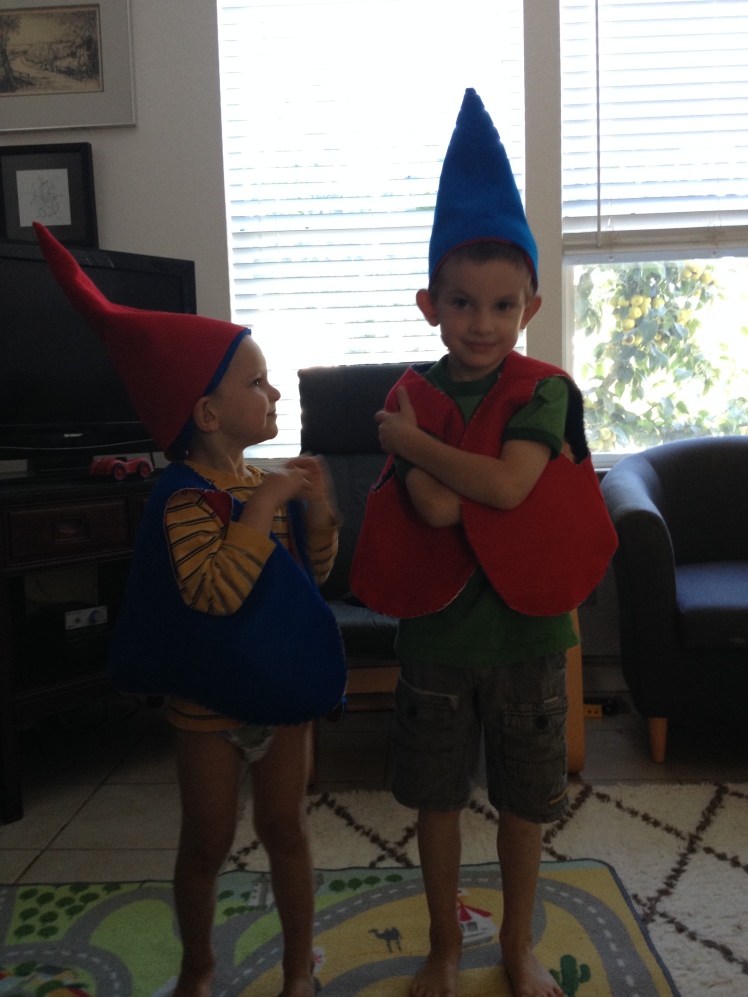 Between hunting Gnomes and having a gnome infestation in our Christmas tree, it was only a matter of time before the boys got gnome “costumes” — in this case, reversible gnome hats and vests. The hats are very gnome-inspired (although they could also be for a wizard), the vests could go pretty much any direction their imagination takes them — pin a star to it, they can be a sheriff; add boots, they can be cowboys; add a fire helmet, they’re firemen; at Christmas, they can be elves; I’m a fan of open-ended multi-purpose costume options. 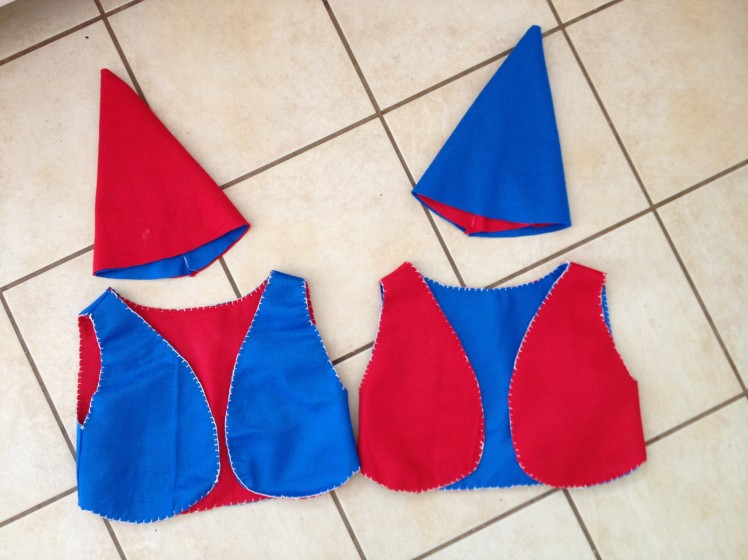 The other reason for the costumes is O’s friend E is having a “fairy” themed birthday party (she’s very into fairies at the moment) and everyone has been invited to come in costume. After some an initial encouragement for “fairy costumes!” (do yourself a favor and don’t google search for boy/male fairies or costumes), the suggestion was made that boys could come as gnomes. We also have Sprites Night coming up (the school’s Fall Festival/alternative to Halloween), and adorable, non-licensed costumes are preferred (last year they were dragon/knights). 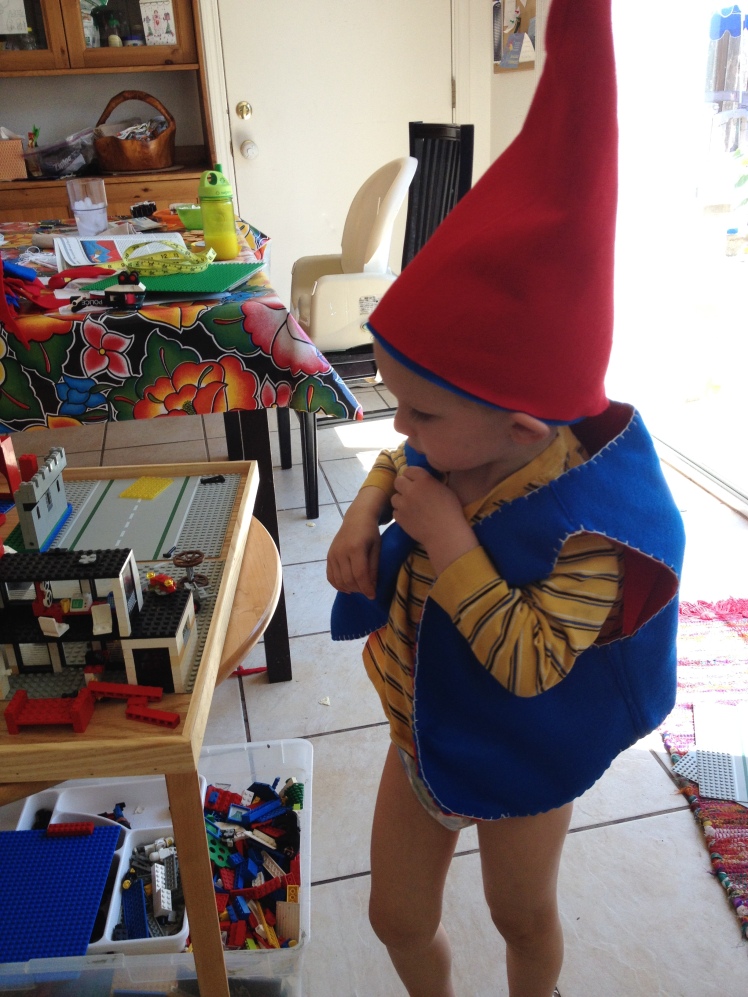 The the gnome hat is almost exactly like the one from tikkido.com, except I made it reversible — I made two, put wrong-sides together and stitched a few inches up the back seam. I thought about a blanket stitch to finish the bottom, but the hats are almost the same size and the under hat peeks out a bit and I like the color contrast. I am also worried sewing up the bottom would limit the stretch of the felt over their heads.

The vest is from Disney Family, originally for Woody’s Faux Cowhide Vest. I liked the rounded feel and shape of the vest, it is for gnomes (and other creative play), so a slightly whimsical shape (instead of boxy and confining) felt like a better fit. The vest, like the hat, is double sided. I used spray adhesive to put the pieces together, and then tucked the front into the back and sewed up the seams (I feel like I should’ve taken photos of this process, but I didn’t). I finished the vests off with a blanket stitch in white embroidery thread — it made up for lazy and slightly uneven cutting and I like the contrasting color.

I used two yards of 72″ felt, and I still have some leftovers, not a huge amount, but enough to make red and blue felt ornaments. 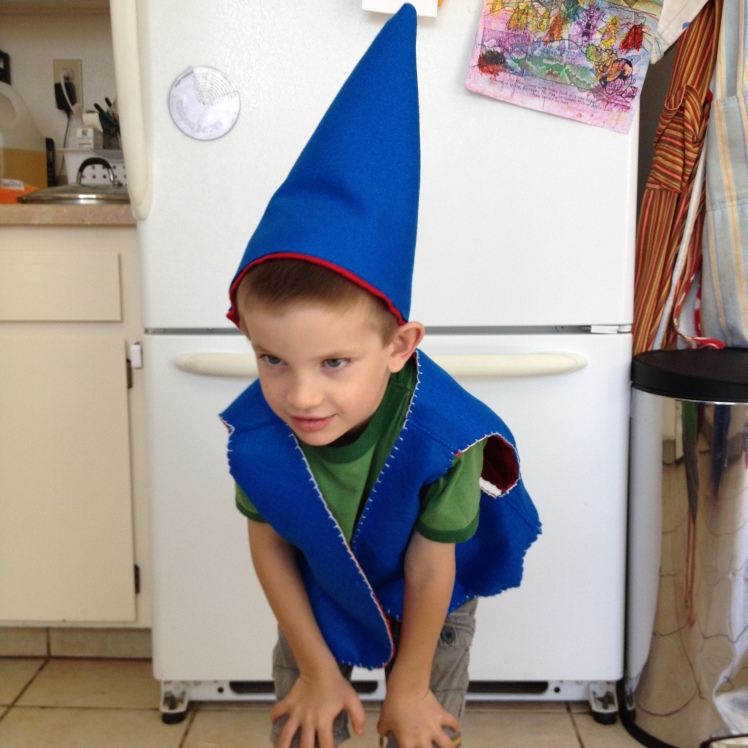