Today one of my not-so-secret fantasies came true: I got a play room!!

No, not a “fifty shades red room of pain” room. Instead, I got something more practical: a room where I can stash most of the boys toys so I can have my living room back. The boys can play and at the end of the day instead of freaking out over the colossal mess, I can close the door and ignore it (at least that’s how the fantasy works in my head).

I’ve been dreaming of a play room since I found out that second child was going to be a boy. I was going to put both boys in bunk-beds in the smaller room, and turn the well-lit room with a lovely view into the play room/guest room. I figured Oliver would need to be at least four or five to be comfortable on the top bunk, so I shelved this fantasy for a later date.

Today we complied with his request. Early this morning, while Gavin was teleconferencing with the W3C, the boys and I swapped the twin bed and Oliver’s bed, and moved his dresser.

While Oliver was at camp, Patrick had a lovely nap and I moved more furniture around.

The moment Oliver came home the nicely made daybed was turned into a “tent” and the boys got busy playing in the kitchen.

Now I need to figure out what to do with all the extra space in my living room! 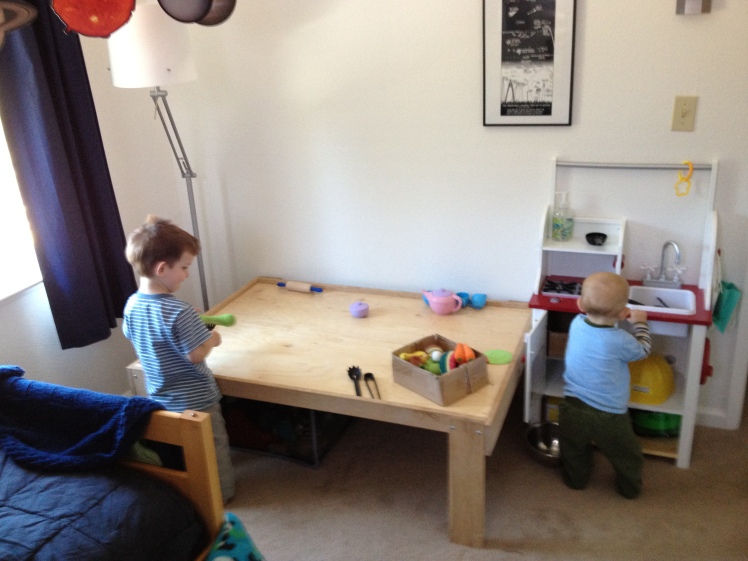 2 thoughts on “My Fantasy Playroom”