This morning after I got back from the grocery store I “kneaded” my no-knead bread a few times and let it sit for two more hours. 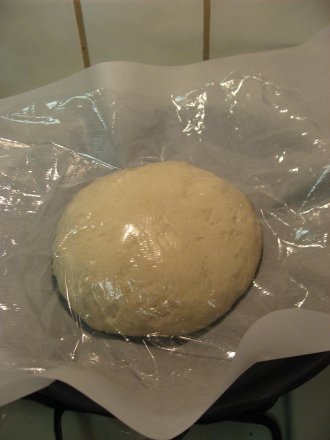 While it sat I made several dozen pot-stickers with a slightly modified recipe, I used pork instead of shrimp (last time I used chicken instead of shrimp), and I left out the carrots entirely. I food processed the cabbage and green onions, mashed the pork in with a potato masher and actually had little round wrappers. 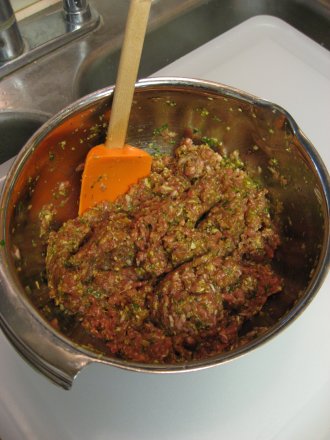 At about this time the bread was ready for the oven. I floured it and made a lovely little X across the top and in it went.

Once the pot-stickers were in the freezer (for later), and the bread was in the oven I worked on the breaded pork chops for dinner this evening (another Cooks Illustrated recipe). I used the ends of the sourdough bread to make bread-crumbs, and had quite the little assembly line of dipping, sloshing and breading.

I finished up with the pork chops about the same time as the bread finished. Two for tonight, two in the freezer for later. The bread looked and smelled magnificent. 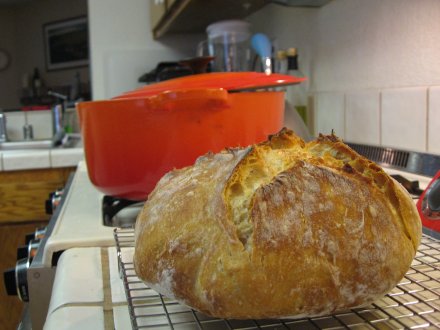 We’ll cut into it this evening, probably at dinner time, as a nice addition to dinner.

One thought on “it must be a Monday”